A few months ago, I worked on a project about fake news on social network, trying to find a solution to the spread of misinformation.

The research process took around four weeks and consisted in an online survey to validate the issue, a focus group to come up with some ideas and a co-design session to visualise the proposed solution with some users.

Only two age-groups were represented in the online survey, so when recruiting participants for the focus group, we made sure to invite people belonging to different age ranges.

The focus group was structured in such a way that allowed all the participants to discuss the initial requirements for 20-25 minutes, with the researchers giving some contextual background - but not too much, as we didn't want to influence people towards specific solutions (it's difficult not to be biased in these situations).

After the introduction, a few snacks and drinks, participants were divided into three groups and they were given 35 minutes to come up with solutions to the issue. They were allowed to decide whether to focus on one particular aspect of the flow, or to look into broader service solutions. These are a few examples of the ideas they came up with:

The idea of a sort of "credibility score" came up several times, and was warmly welcomed during the final dot vote for each ideas - therefore we decided to explore it in detail and to sketch what it could have looked like.

We took Facebook as an example, as it was the most used social network by the participants, and after drawing what the elements could look like, we ran five A/B testing sessions. 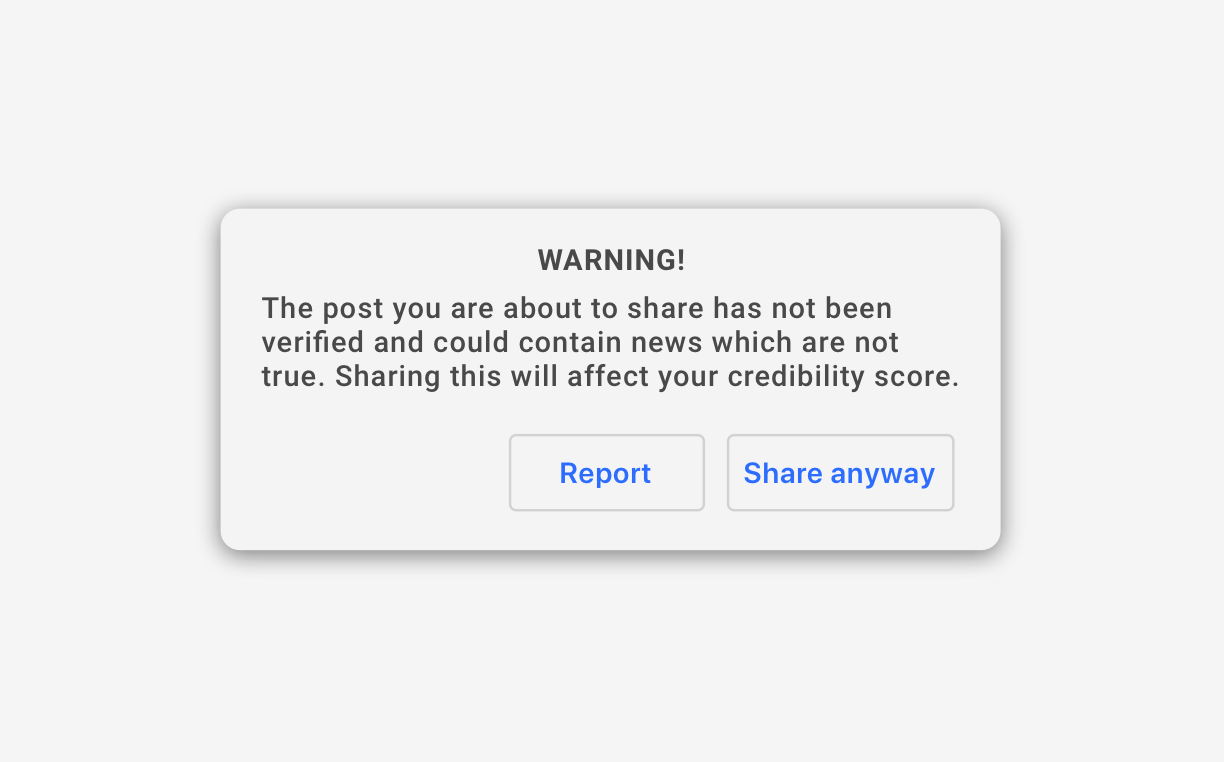 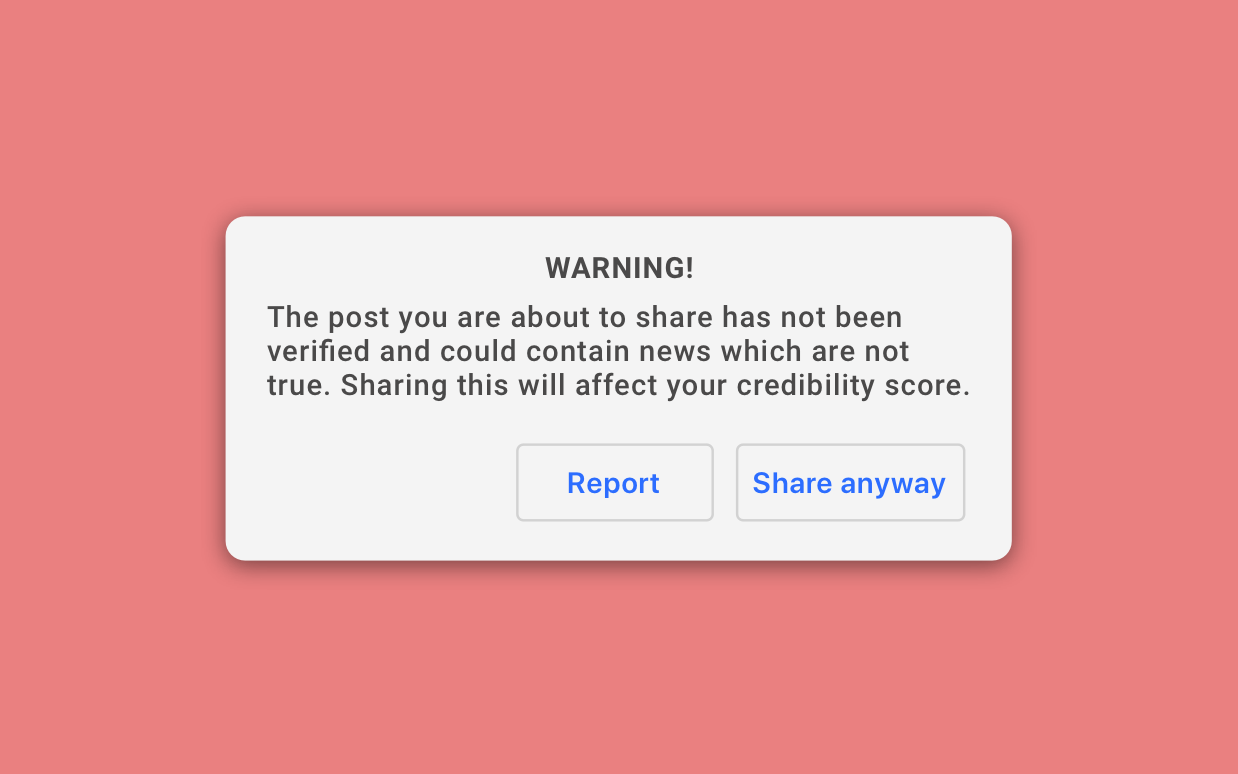 We thought that sticking to a more "standard" pop-up would increase credibility, but the design was way too "bland" and people just dismissed it when on a grey background. The red background gave the impression of a problem at a first glance, and although it was fairly intense, it definitely caught the users' attention.

The final result was a service based on the fact checking tools already existing (i.e. https://fullfact.org/) and the gamification side of it, **gaining and losing points based on the news that you share/report on the social network. ** 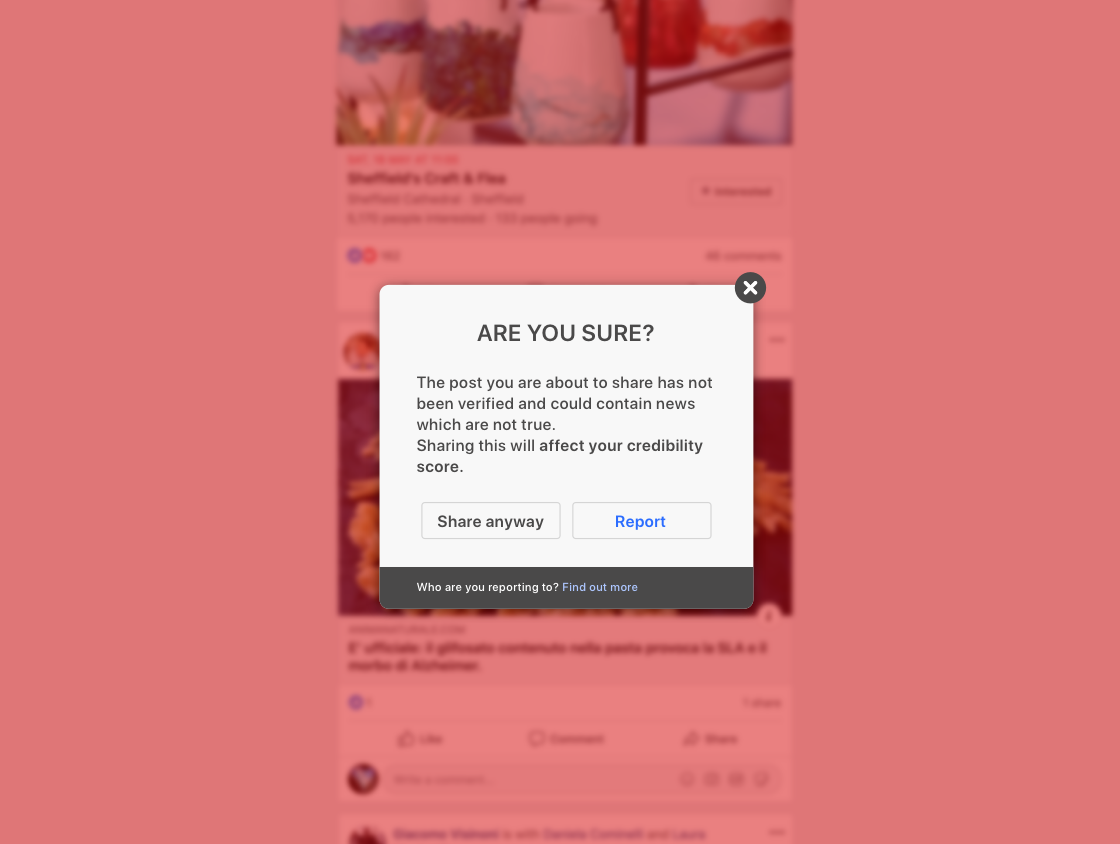 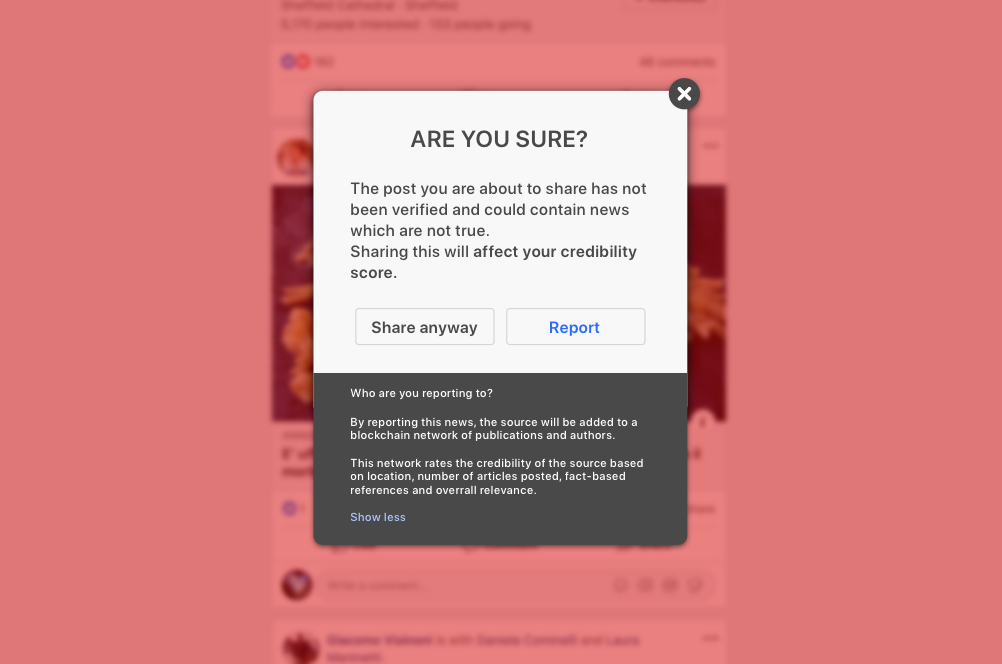 This was both to incentive people that wouldn't share much to still report news that seemed fake or not verified, and also to stop people that share often without checking neither the source or the content of the posts. 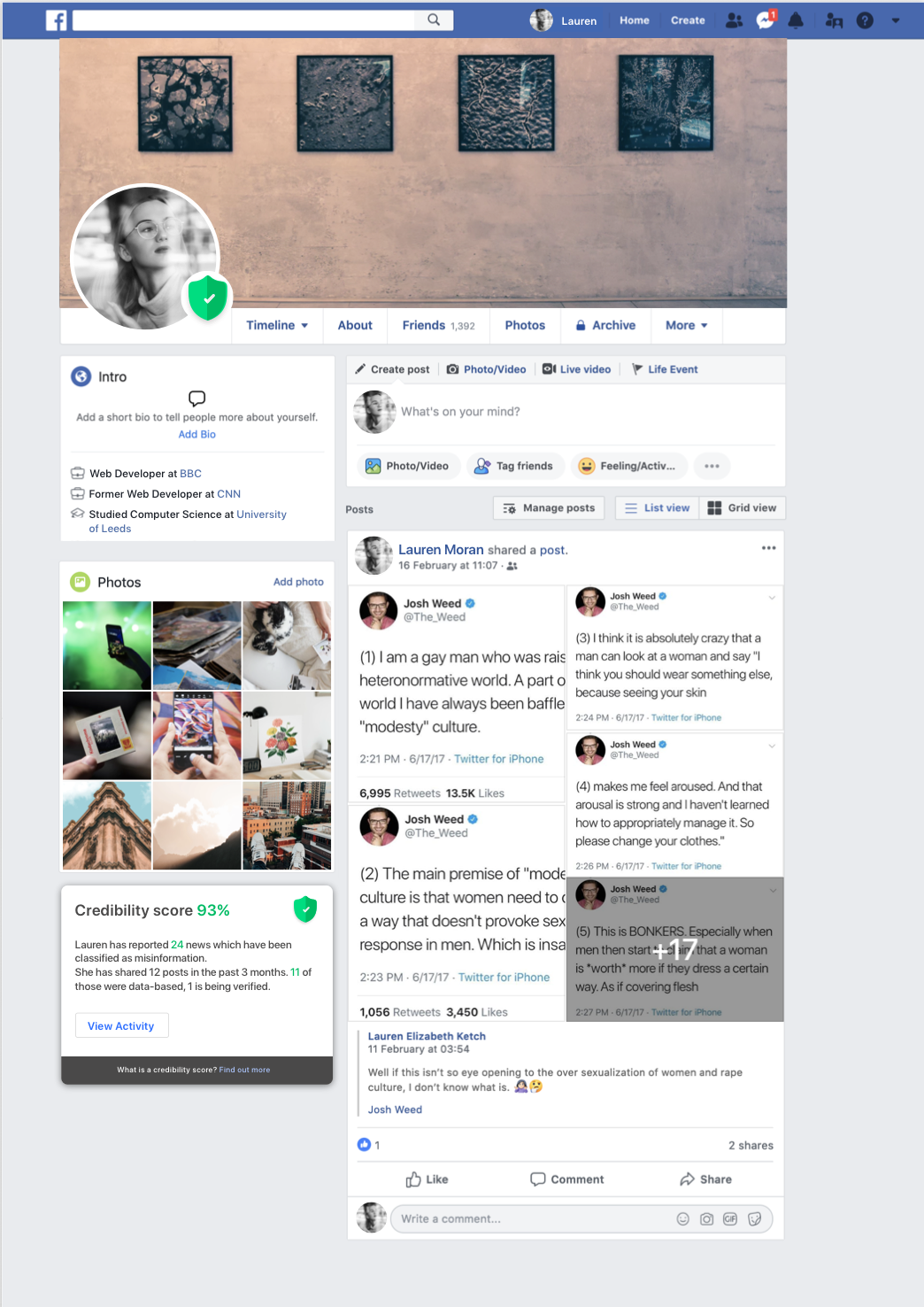 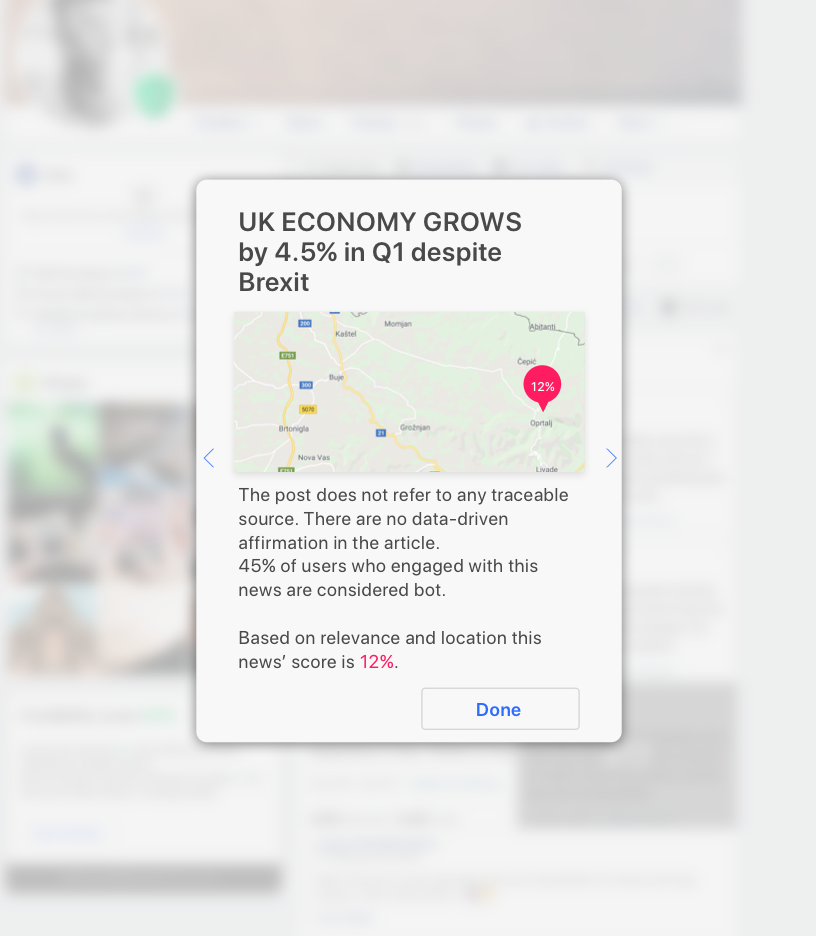 WORK WITH ME
Let's get in touch.